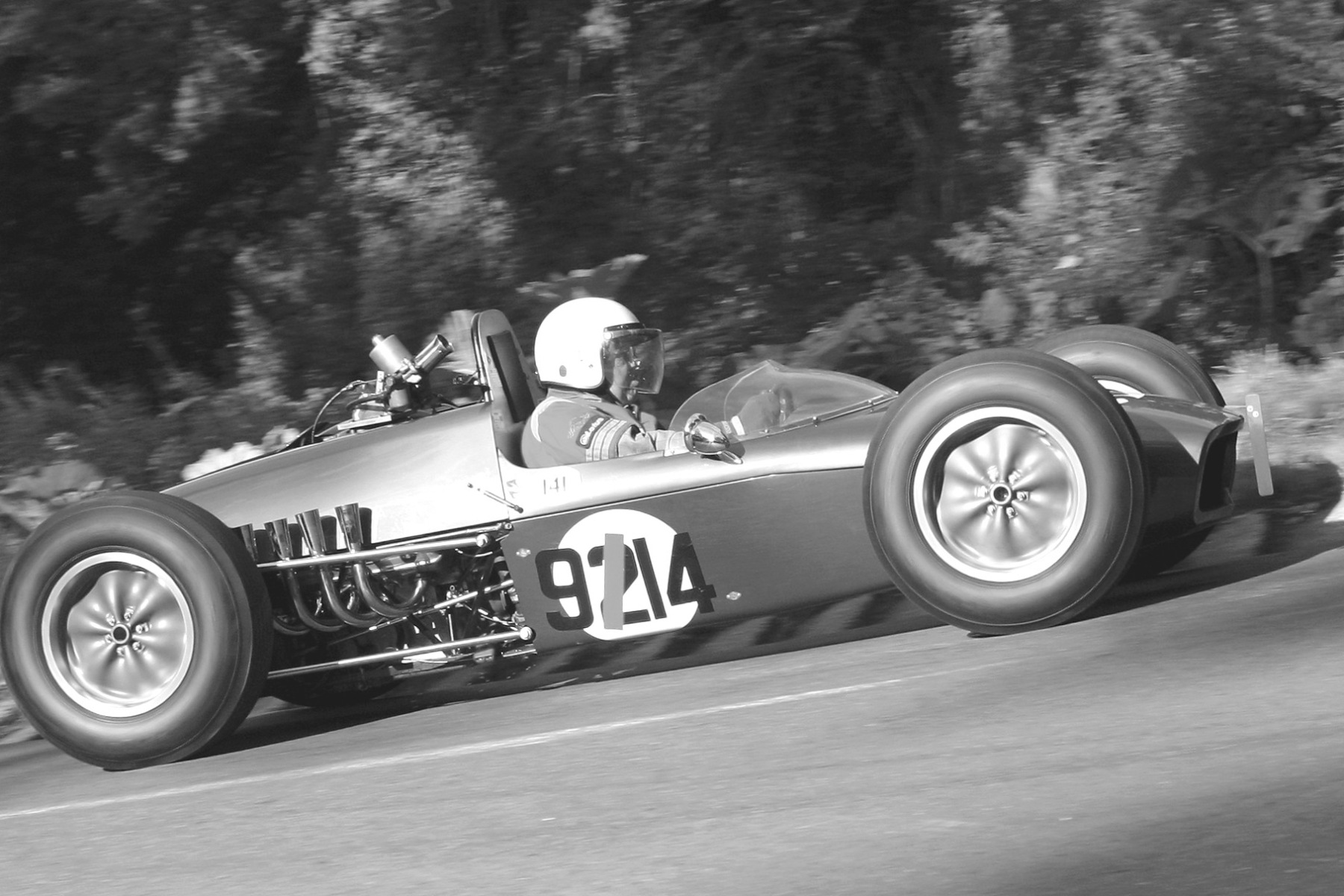 In 1963 a Daimler powered sprint car won the RAC Hill Climb Championship at its first attempt. The car was the Felday-Daimler designed, built and driven by a young engineer called Peter Westbury. His exciting win came after a close fought struggle with Tony Marsh. The name Felday was chosen because it was the medieval name for Peter Westbury’s home village of Holmbury St. Mary in Surrey.

From the front as far back as the cockpit the Felday is a Lotus 20 (Junior) but from the cockpit back she is completely original, having been designed by both Peter Westbury and Hugh Haskell of Lotus with valuable assistance given by Chief Mechanic Rupert Kosmala. Edward Turners’ 2.5 Litre Daimler V8 engine gave good low down power and torque and was fitted with a Roots Supercharger blowing at 8 psi, installed in the V between the cylinders.

After winning the 1963 RAC Hill Climb Championship the Felday-Daimler was subsequently acquired by Peter Taffy Cottrell, one of the founders of Gilbern Cars in Wales. Peter had considerable success with the car and became known, throughout Britain, as the Welsh ‘Flying Milkman’ from the time he owned a Dairy business.

Apparently the car then passed through various dealers until in 1985 she was bought by her present owner Ron Welsh. He took the car to Peter Denty who recognised the chassis to be the Felday-Daimler and put Ron in contact with Peter Westbury who confirmed the identity. Finally in 1995 Ron with the help of both Peter Westbury and Peter Denty began the restoration of the car.

Ron has very kindly allowed Christopher Dalton to bring the Felday-Daimler to this year’s Classic and Supercars Show.